About 10 years ago, a friend of mine knew I was on a mission to unearth the aeronautical history of Rockland County. He told me to go find the mechanic on the field at Randall Airport. He goes by Mac and he's a walking encyclopedia of historical significance. A man who not only flew the field of the county but who retained every moment of the past, and touched so many hearts during those years and the years to follow.

I wasn't fortunate enough to have known him in those days and I recognize that I am probably Macs newest friend, but I've become one of his biggest fans during the short time I've known him.

In those few years, Mac and I have spent many hours together. Mostly with me listening to him regale his countless adventures. Some people's memory soften up as they age, but not him. It was as if he was gaining back long term memory as he aged. Either that or he was a fantastic liar. No, not Mac. He was a selfless man who wore his heart on his sleeve.

I never had a grandparent. They died before I was born or too young to remember. Mac took me flying and provided wisdom like a grandpa would to any younger man. He was my modern day time machine. He placed me in the era I needed to be. A wonderful time in America that was made great by Richard MacVicar being a part of it. Mac took his final flight the other day. It was a missed approach, but he landed safely at his alternate. I know I will see him again someday.

At 91, he lived long past TBO. He maintained his body pretty well. Flying was limited in the end but he managed to get up a couple more times in his final year. I would imagine that made him feel a little like a caged bird.

With that, Id like to leave with a short and familiar quote by Stephen King:

" I have to remind myself that some birds aren't meant to be caged. Their feathers are just too bright. And when they do fly away, the part of you that knows it was a sin to lock them up, does rejoice. Still, the place you live in, is that much more drab and empty that they're gone." I guess I just miss my friend. 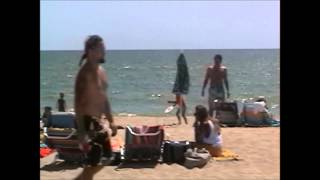 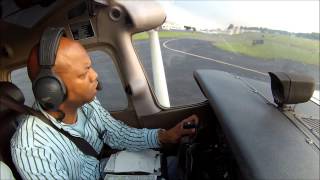 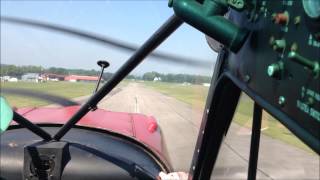 The Art of a Pancake Fly In 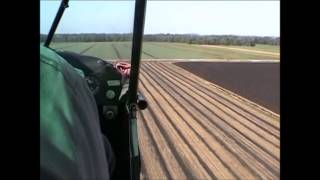 A Day in the Life of Rich MacVicar 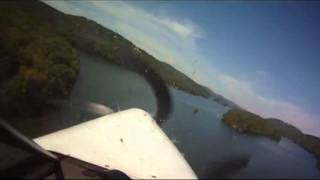 Seaplane flight in a TURBINE Maule 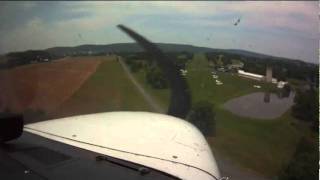 Landing at Old Grass Field Airports in NJ and PA